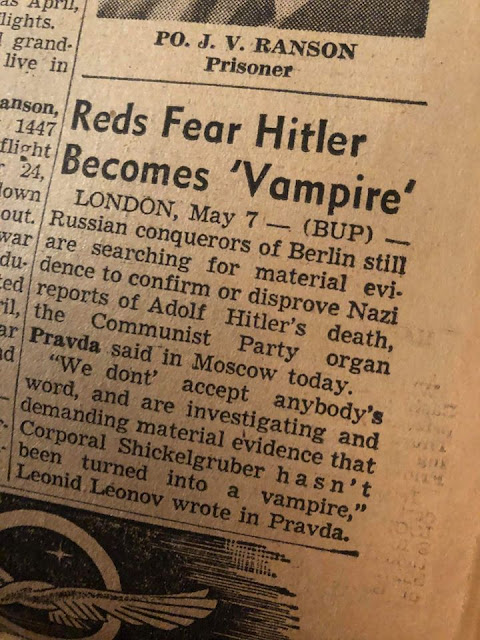 Allegedly the V-E Day edition of the Vancouver Sun, one is tempted to assume that Comrade Leonov was being facetious about the possibility of a vampiric Adolf Hitler. However, this could be a neat hook into a number of different campaigns, from the last mission for a Weird War II commando squad to a clue for modern occult investigators into just who's behind the conspiracy they're facing.